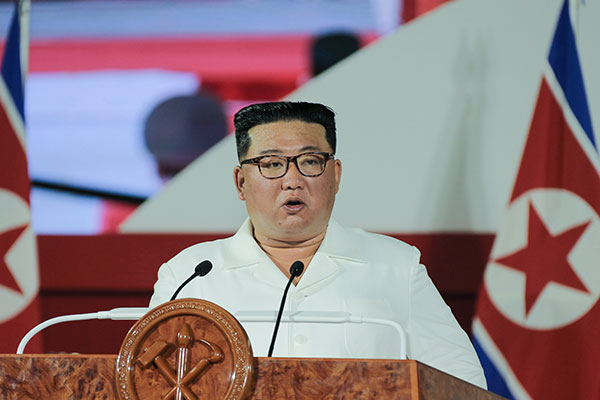 According to the North's state Korean Central News Agency(KCNA) on Thursday, Kim made the announcement the previous day during a meeting in Pyongyang to review the country's emergency anti-epidemic policy.

In an "important speech" at the meeting, the KCNA reported, Kim solemnly declared victory in the maximum emergency anti-epidemic campaign to exterminate the virus that had penetrated the North's territory and protect the lives and health of the people.

Kim said that after conducting a review of the quarantine situation based on specific data, the party and the government reached a conclusion that the country's epidemic crisis has been resolved completely.

In claiming success, Kim ordered a suspension of the maximum anti-epidemic measures imposed on May 12.

Kim said, however, that North Korea must maintain a steely anti-epidemic barrier and maintain the intensity of the anti-epidemic work until the end of the global health crisis.
Share
Print
List