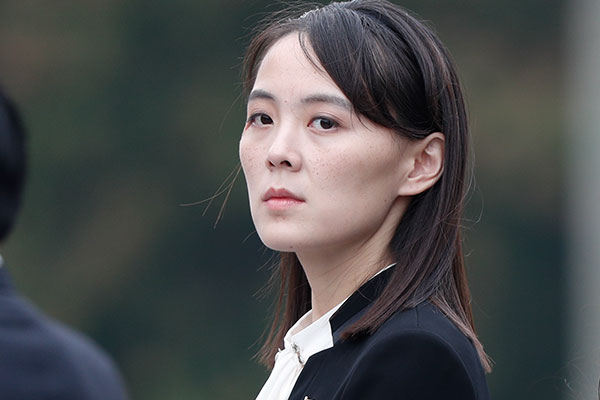 Kim Yo-jong, the influential sister of North Korean leader Kim Jong-un, has blamed South Korea for the outbreak of COVID-19 in her country and warned of strong retaliation.

According to the North's official Korean Central News Agency on Thursday, Kim Yo-jong, who serves as a vice department director of the Central Committee of the Workers' Party of Korea, made the accusation in a national meeting held the previous day to review the country's emergency anti-epidemic policy.

Kim reportedly claimed that the epidemic crisis was apparently caused by enemies seeking to crush the country using the global health crisis. She then accused South Korea of being responsible for the inflow of the virus, blaming leaflets from the South.

Kim reportedly stressed the need for a strong retaliatory response, adding that a number of response measures are already being considered.
Share
Print
List