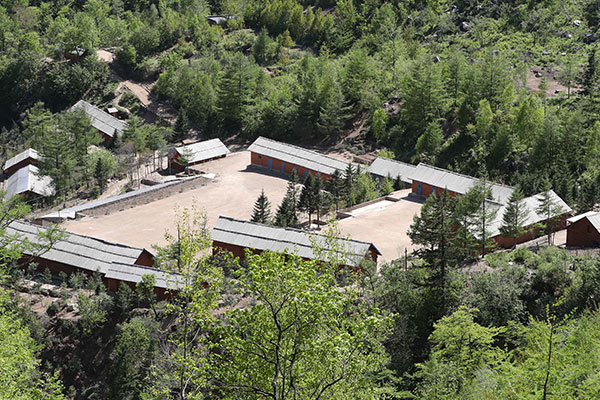 The United States has repeated its warning of the possibility of a seventh nuclear test by North Korea.

U.S. State Department deputy spokesperson Vedant Patel on Thursday said in a press briefing over the phone that Washington has assessed that North Korea is preparing its Punggye-ri nuclear test site for its seventh nuclear test.

The spokesperson said this assessment is consistent with the North's own public statements.

Patel said the U.S. is preparing for all contingencies in close coordination with its Japanese and South Korean allies.

He added that the U.S. is prepared to make both short and longer term adjustments to its military posture as appropriate in responding to any North Korean provocation.

Patel also said that Washington is concerned by the regime's strengthened rhetoric around its nuclear program, stating that a seventh nuclear test would constitute a grave escalatory action that would seriously threaten regional and international stability as well as security.

Regarding recent statements by China in opposition to the U.S. THAAD anti-missile system deployed in South Korea, Patel said it is a limited self-defense asset designed to counter the North's weapons programs.

He added that criticism or pressure on Seoul to abandon its self-defense is inappropriate.
Share
Print
List