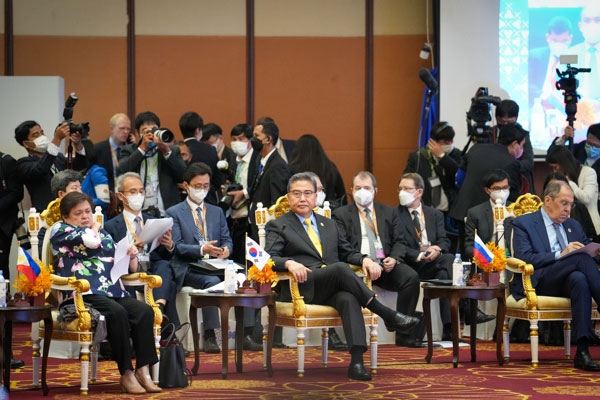 The foreign ministers of the Association of Southeast Asian Nations(ASEAN) and other major countries reaffirmed their commitment to complete, verifiable, and irreversible denuclearization on the Korean Peninsula.

Cambodia, this year's host of the regional forum, released the chairman’s statement on the website of the ASEAN Regional Forum(ARF) on Thursday.

The ARF was held on August 5 in the Cambodian capital of Phnom Penh, bringing together the top diplomats from the ASEAN member nations as well as the two Koreas, the U.S., China, Russia and Japan.

The chairman's statement reiterated the group’s support for the international efforts to bring about the complete, verifiable and irreversible denuclearization of the Korean Peninsula in a peaceful manner, including through ASEAN-led platforms such as the ARF.

It then urged Pyongyang to fully comply with all relevant UN Security Council resolutions and refrain from conducting further nuclear and missile tests.

In addition, the statement called for the utmost restraint and refraining from all actions that would hinder the resumption of a meaningful dialogue, stressing the importance of sustained and peaceful talks among all concerned parties to realize peace and stability on the peninsula.
Share
Print
List