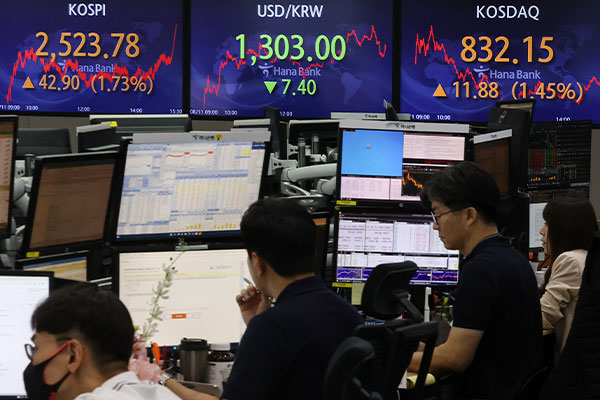 Foreign investors returned to the South Korean stock market in July, with their buying of local stocks exceeding their selling for the first time in seven months.

According to data by the Financial Supervisory Service on Friday, foreigners net purchased local stocks worth 245 billion won last month.

Foreigners turned net buyers for the first time this year after net selling for six straight months since January.

As of the end of July, the value of local stocks held by overseas investors came to 630-point-four trillion won, accounting for 26-point-four percent of the country's market capitalization.
Share
Print
List