Business Groups Welcome Pardons for Samsung Vice Chairman and Others 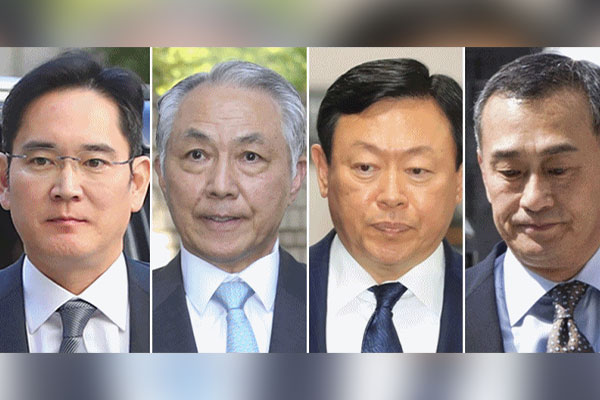 The Korea Chamber of Commerce and Industry said on Friday Lee, Shin and two other pardoned business leaders will likely fulfill their roles and responsibilities in overcoming the present economic crisis and help ensure the nation's prosperity.

The Korea Enterprises Federation pledged to lead efforts toward recovery and to secure global competitiveness through active investment and job creation. It also promised to support Busan’s bid to host World Expo 2030.

The Federation of Korean Industries said the business community will exert an all-out effort to overcome the crisis and contribute to national development in order to meet public expectations.

Meanwhile, the Samsung vice chairman thanked the government for giving him a chance for a new beginning, pledging continued investment and job creation for young people.

As a result of the pardon, Lee, who was released on parole last year and whose two-and-a-half-year sentence for bribery was up late last month, will no longer be subject to a five-year employment restriction, allowing him to return to the helm of the company.
Share
Print
List