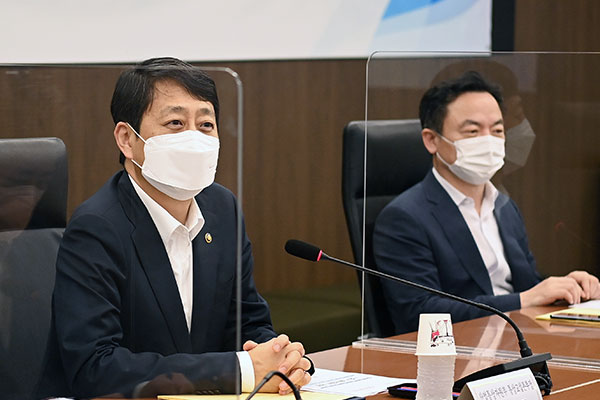 The government has conveyed its concerns over a bill pending approval in the U.S. House that seeks to limit tax breaks to U.S.-manufactured electric vehicles(EV), contending that it is a violation of the two sides' trade agreement.

Trade minister Ahn Duk-geun provided the update on Thursday in a meeting with representatives from Hyundai Motor and the nation's three major EV battery makers, LG Energy Solution, Samsung SDI and SK On.

Ahn said Seoul also called on Washington to ease restrictions on EVs eligible for the incentive that stipulate the vehicles must be assembled in North America. EVs that are equipped with batteries or battery components made using minerals produced in China are also excluded.

The government also mentioned that the bill may potentially violate the World Trade Organization(WTO) rules.

During the closed-door meeting, industry representatives reportedly requested that the government ensure that domestically produced EVs do not face disadvantages in the U.S. market.

Earlier this week, the Korea Automobile Manufacturers Association sent a letter to the U.S. House of Representatives seeking changes in the EV tax incentives included in the Inflation Reduction Act, which has already passed the Senate.