'China Cannot Afford to Be Dismissive of THAAD Issue' 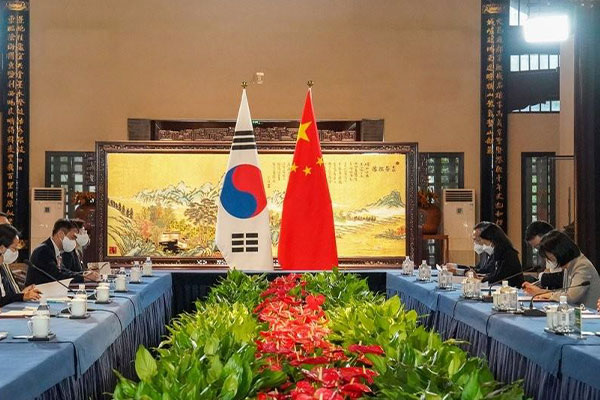 China said on Friday that it cannot be offhanded about the issue of a U.S. anti-missile defense system deployed in South Korea as it undermines China's strategic security.

The spokesperson's office of the Chinese foreign ministry issued the position when asked to comment on a South Korean presidential official's remarks on the Terminal High Altitude Area Defense(THAAD) system.

On Thursday, a South Korean presidential official who declined to be identified said that China's objection to THAAD is a matter of sovereign security and therefore non negotiable.

Regarding the remarks, the spokesman's office of the Chinese foreign ministry said that China respects South Korea's sovereignty and understands its security concerns, but that it cannot be dismissive of the matter as it is harmful to China's security.

The spokesman's office then added that South Korea should deal with the issue appropriately while respecting mutual security concerns so that the matter doesn't hinder bilateral relations.

The office then expressed hopes that South Korea will continue to address the issue in line with the mutual understanding reached in the recent foreign ministers' talks in Qingdao.
Share
Print
List