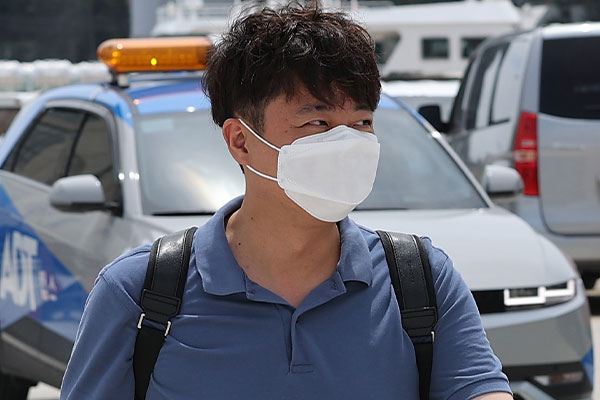 In a one-hour press conference at the National Assembly, Lee pointed his finger at President Yoon Suk Yeol and his aides for bringing the crisis to the party.

He said that if the public is critical of a message sent by the president to the floor leader, it is a crisis of the president's leadership, not of the party.

Lee was apparently referring to a leaked text sent by Yoon to PPP floor leader Kweon Seong-dong last month, which disparaged him and triggered a dissolution of the leadership.

He added that if pro-Yoon figures really want the success of this administration, they should run in difficult districts in the greater Seoul area in the upcoming general election.

Referring to an injunction he filed in response to the party's move to dissolve the current leadership and adopt an emergency committee, he said that he believes the court will make a decision to guard democracy.

The 37-year-old leader was handed down a suspension of party membership last month over allegations that he ordered the destruction of evidence related to sexual bribery.
Share
Print
List