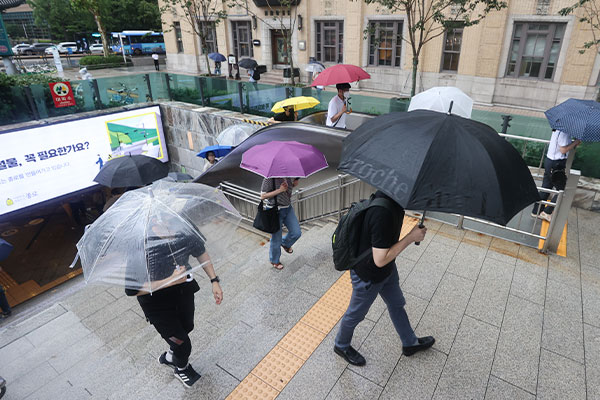 Cloudy skies and sudden showers are forecast for most of the nation on Sunday afternoon.

According to the Korea Meteorological Administration (KMA) on Sunday, expected precipitation is five to 40 millimeters for most areas, but eastern Gyeonggi Province, western Gangwon Province and the northern part of North Chungcheong Province could see rains of 60 millimeters or more.

Expected rainfall for Monday to Tuesday is 30 to 100 millimeters, but 150 millimeters or more is forecast for eastern Gyeonggi, Chungcheong, North Jeolla and western North Gyeongsang Provinces.

The KMA asked for caution as there could be heavy rains in a short amount of time in the greater Seoul area and western Gangwon Province on Monday night and most of the nation on Tuesday.
Share
Print
List