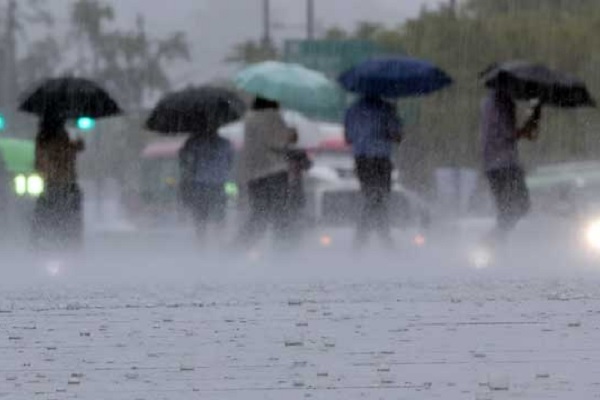 The latest bout of torrential rain will mainly pound southern regions on Tuesday as the stationary front that delivered the heaviest rainfall in 80 years is moving southward.

The Korea Meteorological Administration forecast that the southern parts of the country will see between 30 and 50 millimeters of rain per hour.

The agency projected that the southern regions and Jeju Island will witness between 30 and 100 millimeters of rain, while southern coastal regions will be battered with more than 150 millimeters of precipitation.

The agency said the rain is set to stop in most parts of the country on Tuesday, but the South Jeolla and South Gyeongsang provinces will continue to see rain showers through Wednesday afternoon.

Afternoon highs will stand between 28 and 31 degrees Celsius across the nation, similar to Monday or a little lower.
Share
Print
List