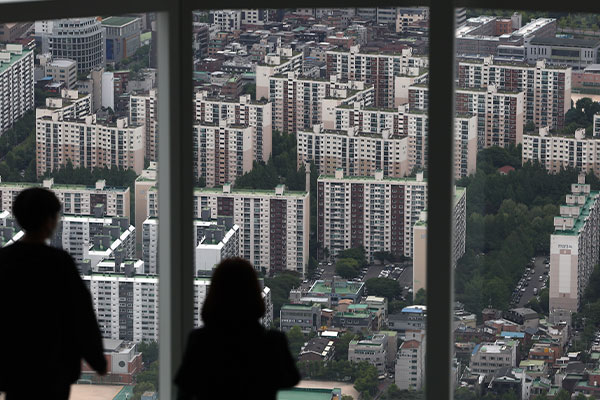 The government plans to supply two-point-seven million additional units of housing nationwide over the next five years as a part of its efforts to create housing stability.

Five-hundred-20-thousand units will be provided through urban redevelopment and reconstruction projects, while 880-thousand will be offered on public land within new towns. Another one-point-three million units will be built solely through the private sector.

As an incentive to private builders and prospective owners, the government will announce measures next month to reduce their compulsory payments for surplus benefits. Revised safety regulations will also be announced within the year.

The private sector will be allowed participation in high-density multi-purpose complex development within major cities, for which the floor area ratio will be raised to a maximum of 500 percent, while most urban planning regulations could be lifted in some instances.
Share
Print
List