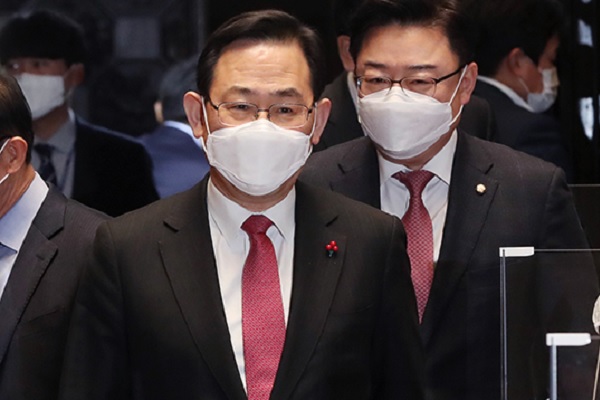 The ruling People Power Party's(PPP) transition into an emergency leadership structure is complete with all nine members of its emergency committee confirmed on Tuesday.

The conservative party convened a general meeting of lawmakers on Tuesday afternoon and approved eight members of the emergency committee announced earlier in the day by the party’s interim chief, Joo Ho-young, who is set to head the committee.

The committee members include PPP floor leader Kweon Seong-dong, who was given a vote of confidence on Tuesday to retain his current leadership post.

While the committee is scheduled to hold its first meeting on Thursday, it is questionable whether the party will swiftly address deepened internal rifts with its suspended chair Lee Jun-seok threatening to continue his protest over the party’s decision to effectively oust him from his leadership post with the launch of the emergency committee.
Share
Print
List