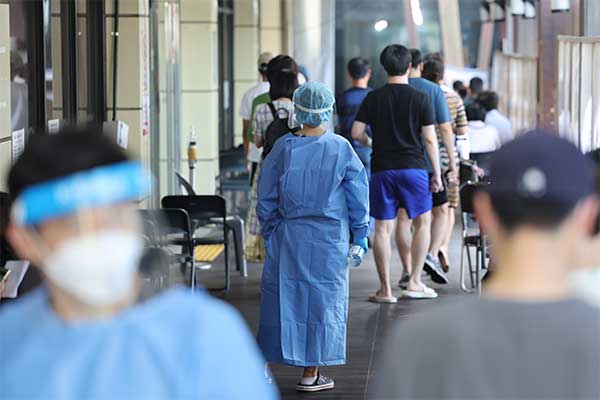 Nearly 88 percent of recent COVID-19 cases in the nation were found to be the highly contagious omicron subvariant, BA.5.

According to the Central Disease Control Headquarters on Tuesday, BA.5 cases accounted for 87-point-nine percent of detected infections during the second week of August, up eleven-point-six percentage points from the week before.

As for domestic transmissions, a whopping 91-point-five percent of new COVID-19 cases were the immunity-evading subvariant. It made up 80-point-four percent of recent imported cases.

With the continued spread of the infectious subvariant, the portion of reinfections among recent COVID-19 cases also climbed by zero-point-68 percentage points from a week earlier to six-point-11 percent.

Of the nation’s cumulative cases of around 18-million-107 as of the first week of August, some 183-thousand, or zero-point-91 percent, were reinfections. Of them, 311 were counted as third infections.
Share
Print
List