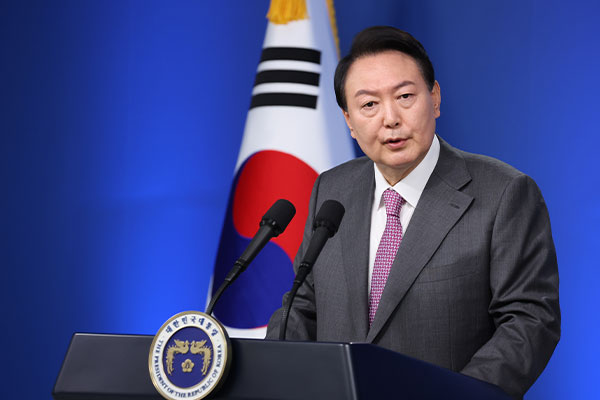 President Yoon Suk Yeol reportedly plans to reorganize his office as he undertakes reforms to regain momentum in carrying out state affairs amid a sagging approval rating.

Citing multiple ruling camp sources on Thursday, Yonhap News Agency said the plan to add an office chief position and two senior secretaries could be announced within the week.

The expanded top office will then consist of three office chiefs, including the chief of staff and the head of the National Security Office, and seven senior secretaries.

With priority over economic recovery and livelihood stability, an office for planning and management is expected to be set up, absorbing presidential secretaries for administration and management who will be transferred from under the chief of staff.

A senior secretary post to coordinate policies and draw up state tasks will also likely be established to reinforce the administration's policymaking.

Meanwhile, former ruling People Power Party Rep. Kim Eun-hye, who served as Yoon's spokesperson when he was president-elect, has reportedly been nominated as the new senior secretary for public relations.
Share
Print
List