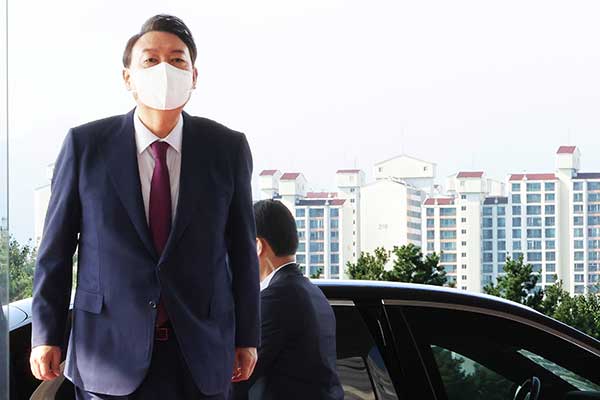 President Yoon Suk Yeol has named a senior prosecutor as his administration’s inaugural prosecutor general, while also nominating a law professor as head of the state antitrust regulator.

Making the announcement in a Thursday briefing, Yoon's chief of staff, Kim Dae-ki, said that Deputy Prosecutor General Lee Won-seok is known for his principles- and rules-based investigations and his mild temperament.

Kim added that because he is also currently serving as acting chief prosecutor, Lee’s appointment ensures continuity of the office’s organization and meets with the Yoon administration's policy goal of fair and just law enforcement through criminal justice reform.

Meanwhile, Han Ki-jeong, a professor at Seoul National University law school, has been tapped to head the Fair Trade Commission.

Han is considered an expert in the field of economic and financial law.

The presidential office described the nominee as a scholar with administrative expertise who respects the principles of a market economy.
Share
Print
List