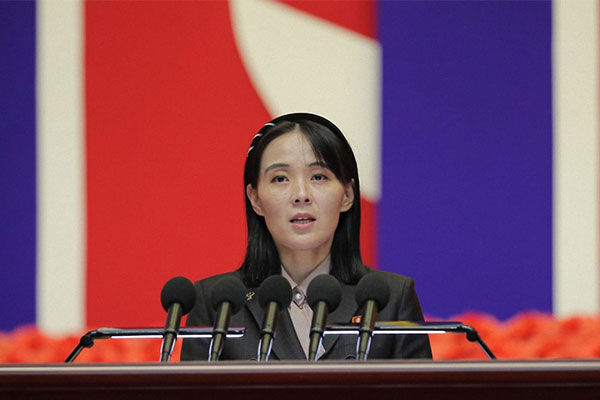 Kim Yo-jong, the powerful sister of North Korean leader Kim Jong-un, has strongly criticized President Yoon Suk Yeol’s ‘bold initiative’ toward Pyongyang, saying the North will not respond to it.

In a statement posted on the Rodong Sinmun, the official mouthpiece of the ruling Workers’ Party, on Friday, Kim dismissed Yoon’s initiative focused on economic benefits in return for denuclearization as “the height of absurdity,” ensuring her country will never deal with it.

Kim claimed the initiative is not new but a copycat of a policy pursued under the Lee Myung-bak administration, which she said was deserted eventually as a byproduct of inter-Korean confrontation.

She argued that the new South Korean initiative’s presumption of the North taking denuclearization measures is already wrong, adding the Yoon administration does not appear to know that.

Kim also accused the South Korean leader of shamelessly plowing ahead with what she called a war rehearsal after proposing the initiative, apparently blaming the upcoming South Korea-U.S. joint military exercise, Ulchi Freedom Shield, set to begin next week.