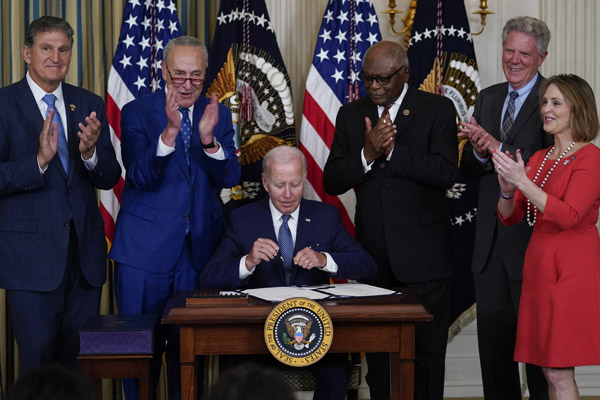 The government has conveyed its concerns over a new U.S. law excluding South Korea-made electric vehicles(EV) from being subject to state subsidies.

According to an official from the foreign ministry on Thursday, Seoul is taking issue with the Inflation Reduction Act through various channels, citing possible violations of the bilateral free trade pact and World Trade Organization(WTO) rules.

The official said the ministry plans to continue providing support for South Korean businesses operating in the U.S. so that domestically produced EVs do not face disadvantages in the American market.

Earlier this week, U.S. President Joe Biden signed into law the Act, which restricts incentive eligibility for EVs assembled outside North America or those equipped with batteries or battery components made by only using minerals produced outside the U.S.
Share
Print
List