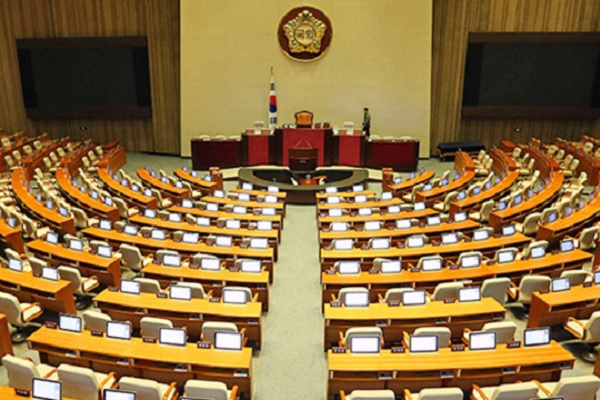 Rival parties have agreed to a timetable for the regular session of the National Assembly, which will begin on September 1.

The chief deputy floor leaders of the ruling People Power Party and main opposition Democratic Party came to an understanding on the 100-day session, which will end on December 9.

The regular session will kick off with a ceremony at 2 p.m. on September 1. A DP representative will give a parliamentary speech on September 6 followed by the PPP the following day.

An interpellation session on government policies will be held for four days from September 19. A three-week parliamentary audit will take place from October 4 to the 24.

Rival parties have also agreed to the dates of several plenary meetings to convene during the regular session for the passage of bills.

The two sides will also hold a plenary meeting of an extraordinary session on August 30 to approve bills related to people's livelihoods.
Share
Print
List