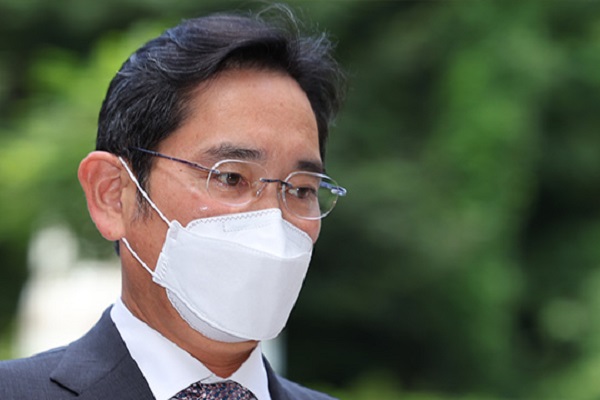 It marks his first official duty since receiving a presidential pardon a week ago on the occasion of National Liberation Day.

Breaking ground for the new R&D center, Samsung vowed to take another leap forward in the chip sector.

Lee called for securing a technological edge in order to lead the global market and not be affected by external crises. He said that Samsung semiconductors could not have existed if the company did not invest boldly in R&D to develop next-generation products.

Lee said the tradition of placing emphasis on technology and making pioneering investment must continue.

The Giheung campus is the birthplace of Samsung's chip production that started with the 64K DRAM in 1983. The world's first 64-megabit DRAM was also produced here in 1992.

The new complex will cover an area of 109-thousand square meters. The tech giant will pour some 20 trillion won into the project through 2028.
Share
Print
List