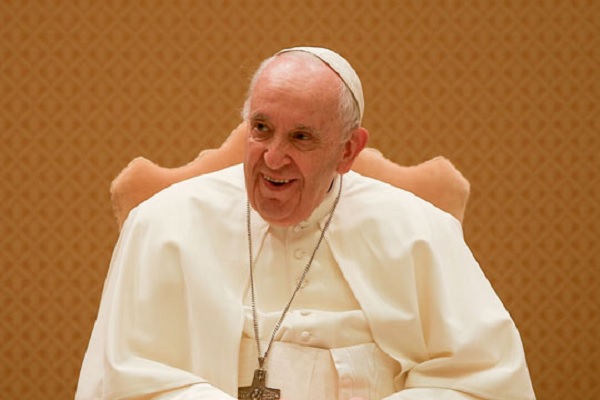 Pope Francis has expressed willingness to visit North Korea, asking the regime to invite him to the country.

In an interview with KBS at the Vatican’s Paul VI Audience Hall on Wednesday, the pontiff said he is willing to travel to North Korea upon receiving the invitation, which he will not reject.

Pope Francis, the 266th head of the Roman Catholic Church, has repeatedly indicated that he is willing to visit North Korea, but it is rather unusual that he has requested an invitation from North Korea using such direct and strong rhetoric.

The pope devoted a considerable part of the 30-minute interview to the subject of war and peace, while citing weapons production a major concern.

He prayed that God will be with all people both in South and North Korea. He asked South Koreans, in particular, to work for peace as they are well aware of what a war is like, having experienced the pain of armed conflict.