Measures Guaranteeing USFK Access to THAAD Base to Start Sat. 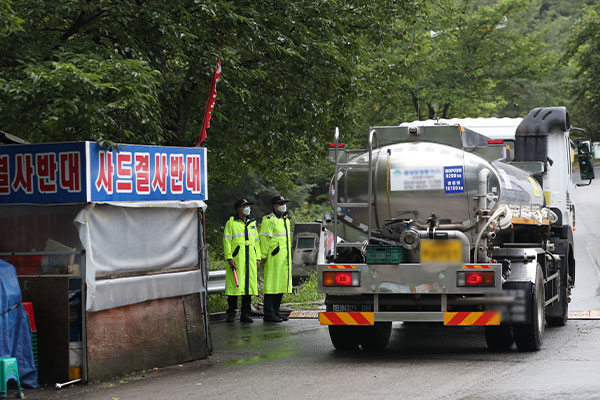 In an exclusive interview with KBS, a government official said on Wednesday that measures to guarantee access for U.S. Forces Korea(USFK) will start from Saturday.

The police reportedly plan to prohibit protestors from impeding entry and operations to the THAAD base and remove structures that are blocking the entrance, and maintain a presence there for the time being to help guarantee access.

Currently, USFK is permitted on the base up to five times a week by ground, mainly to deliver food and water to the soldiers stationed there.

The move follows the presidential office’s announcement on August 11 that it would normalize the operation of the THAAD base by the end of August.

Groups opposed to THAAD, however, are planning a large rally on Saturday, which could lead to a clash with the police.

The anti-ballistic missile THAAD system has been a focal point in the recent escalation of tensions between South Korea and China, which staunchly opposes the system's deployment in South Korea, claiming that it undermines its security interests.
Share
Print
List