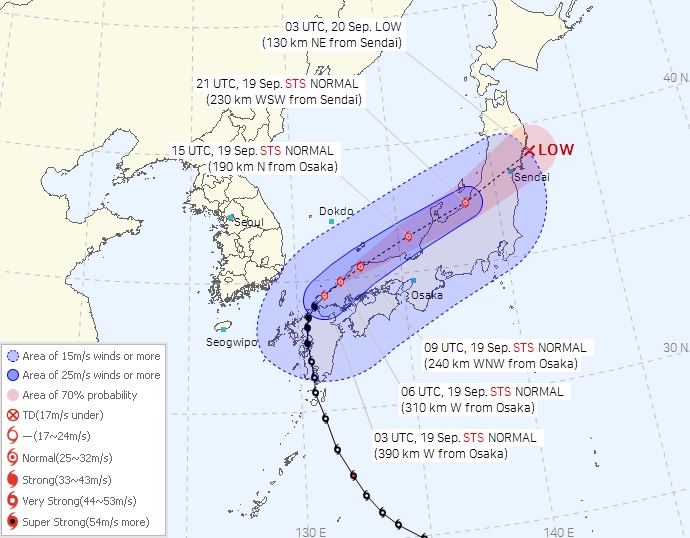 According to the Korean Meteorological Administration(KMA), as of 10:00 a.m., the year's 14th typhoon was over waters 300 kilometers north-northeast of Japan's Kagoshima, traveling at a speed of 20 kilometers per hour.

The KMA forecast Nanmadol to continue affecting the country's eastern and southeastern coasts through Monday afternoon, with a maximum instantaneous wind speed of up to 35 meters per second and up to 30 millimeters of rain per hour.

However, all typhoon alerts on the ground have been lifted, with alerts only remaining at sea.

One person has so far been injured due to the typhoon when a plant pot fell at a subway station in Busan on Sunday. About 830 people temporarily evacuated in Busan, Ulsan and the Gyeongsang provinces.
Share
Print
List