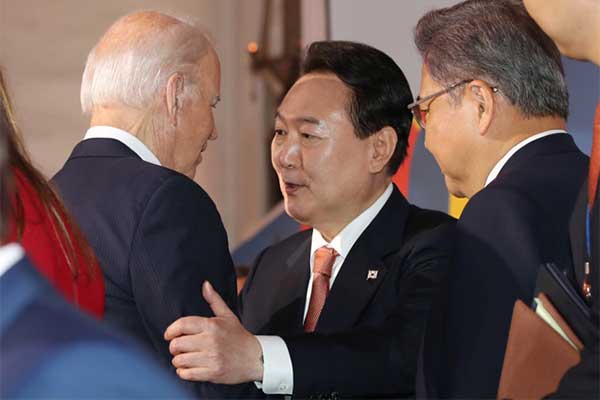 According to a senior official at the presidential office, Yoon was initially not on the list of attendees for the Global Fund's Seventh Replenishment Conference hosted by Biden but was later invited.

At the event, Yoon took a photo with other heads of state and had a brief conversation with Biden for about 48 seconds, but the subject of their exchange has not yet been revealed.

Yoon and Biden were widely expected to hold summit talks on the margins of the UN General Assembly, but the prospect now appears unlikely with Biden truncating his stay in New York.