Won-Dollar Exchange Rate Tops 1,400 for First Time in over 13 Years 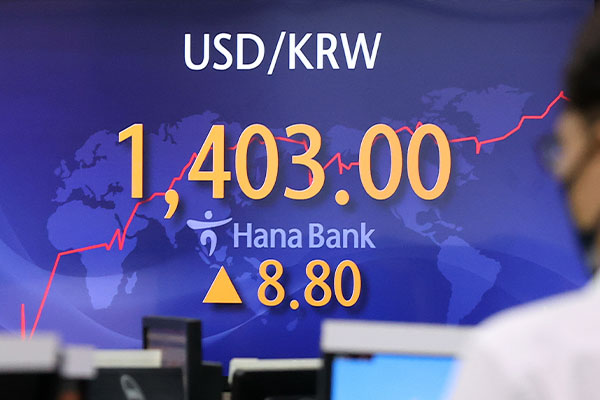 The won-dollar exchange rate surpassed the one-thousand-400 won mark for the first time in 13 and a half years on Thursday.

On the Seoul foreign exchange, the rate topped the mark immediately after the market opened for trading, quickly jumping nine-point-nine won from the previous session’s closing price to hit one-thousand-404-point-one won against the dollar at 9:13 a.m.

It marks the first time in 13 years and six months the figure has surpassed the one-thousand-400 mark since reaching one-thousand-422 won to the dollar on March 31, 2009 during the financial crisis.

The rise comes after the U.S. Federal Reserve on Wednesday raised its key interest rate by three-quarters of a percentage point again to the highest level since 2008.