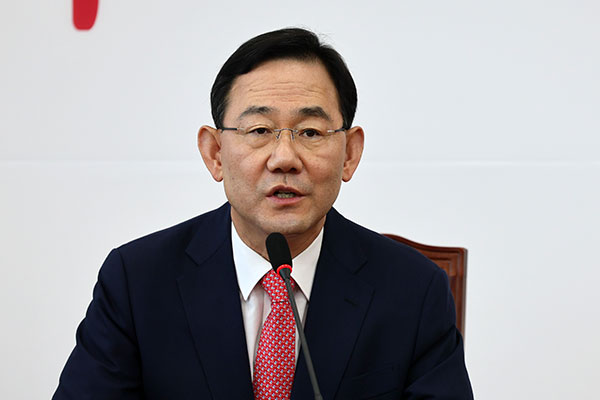 The ruling People Power Party(PPP) has completed the formation of its new floor leadership led by five-term Rep. Joo Ho-young.

In a general meeting of lawmakers at the National Assembly on Thursday, the party held a vote to fill the vacancies spurred by the resignation of the previous floor leader, Kweon Seong-dong.

Floor leader Joo called on party members to stand united to overcome current hardships and also be more mindful of their speech.

With a reset of the floor leadership, the PPP has vowed to fight against the main opposition Democratic Party(DP) during the upcoming parliamentary audit of government offices.
Share
Print
List