Won Barrels Past 1,400 Threshold to Close at Weakest in 13 and Half Yrs 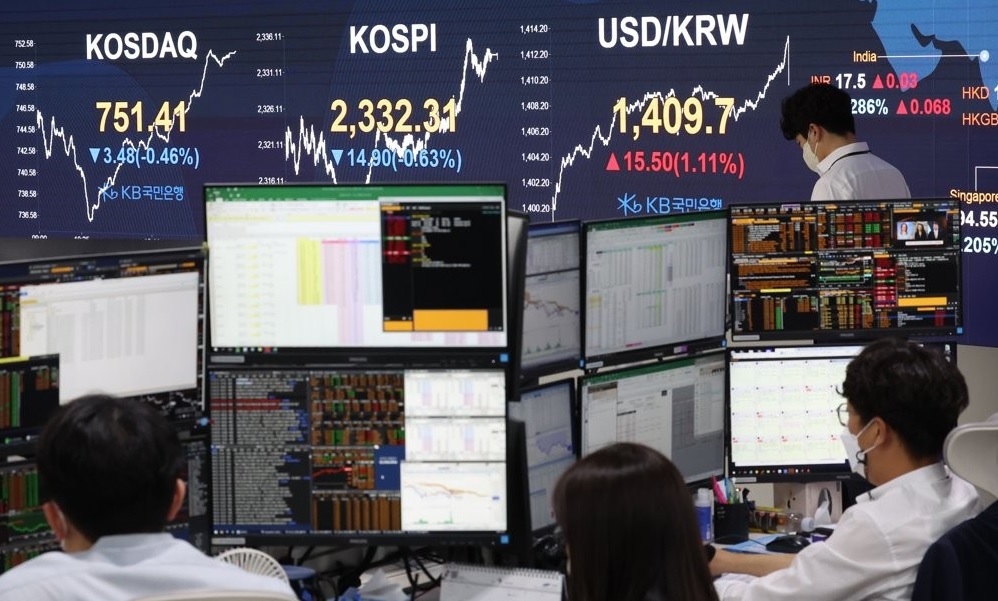 The Korean won collapsed beyond the 14-hundred threshold against the U.S. dollar on Thursday, to its weakest in 13 and a half years.

The local currency shed 15-point-five won or by one-point-one percent against the dollar, closing at one-thousand-409-point-seven against the greenback, its weakest level since March 31, 2009, at the height of a financial crisis.

The won zoomed past the psychological mark immediately after the market opened, crumbling to as much as one-thousand-413-point-five won against the dollar minutes before its closing.

The currency's sharp depreciation follows the U.S. Federal Reserve’s announcement on Wednesday of a three-quarter-percentage-point hike in benchmark interest rates to the highest level since 2008.

Fed officials also predicted the rate will reach four-point-four percent by the end of the year, which requires additional hikes of one-point-25 percentage points.

Bank of Korea(BOK) Governor Rhee Chang-yong on Thursday hinted at the possibility of raising the nation’s benchmark interest rate by half a percentage point next month, rather than an earlier outlook of 25 basis points, to offset market concerns about repercussions from the Fed hike.

The BOK chief said the bank had hoped that the Fed would raise the interest no higher than four percent by the end of this year. The upward adjustment in the end-year target rate is now forcing Korea’s policymakers to rethink their strategy accordingly.