Study: Over 97% of S. Koreans Have COVID-19 Antibodies 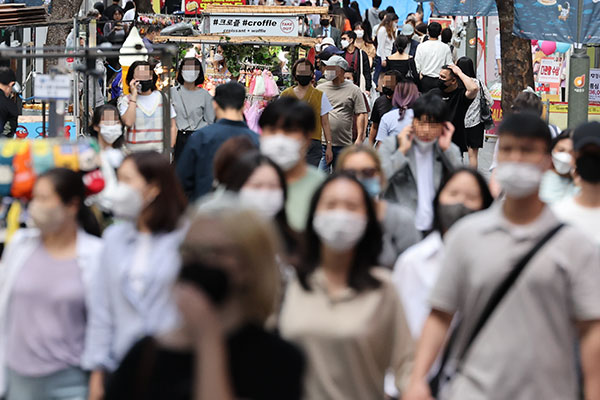 Over 97 percent of South Korean people have COVID-19 antibodies from infections or vaccinations, but authorities caution that tally does not imply that the population is invulnerable to the virus.

According to a survey of nine-thousand-901 people between July and September 6 conducted by the National Institute of Health, the nation's overall antibody-positive rate stood at 97-point-38 percent.

The antibody rate through infection was 57-point-65 percent, 19-point-five percentage points higher than the cumulative infection rate during the same period, suggesting that one in five people had not reported contracting the virus.

The Korea Disease Control and Prevention Agency(KDCA) assessed that both naturally-formed antibodies and the unconfirmed infection rate were lower than other countries.

Although the general high antibody rate could help contain critical infection rates in the future, the state institute called for additional vaccinations to compensate for the natural decline in antibodies over time and the possible emergence of new variants.
Share
Print
List