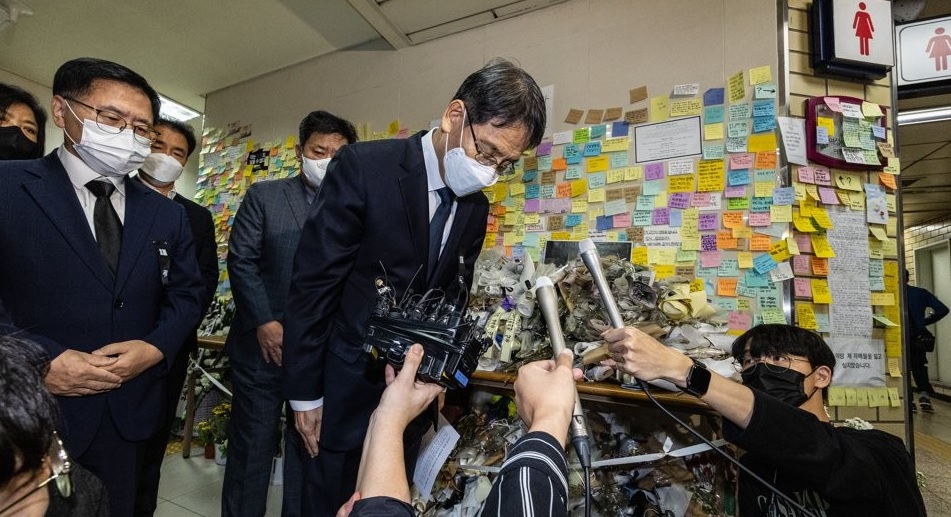 Seoul Metro CEO Kim Sang-bum has issued an apology over the recent horrific murder of a subway station employee who was killed by her former colleague at Sindang Station on Line No. 2.

In a statement Saturday, Kim said his belated knowledge of the victim's long suffering breaks his heart and pledged efforts to create a safe working environment for employees and a safe subway system for the public.

He promised to remember the deceased as an honored employee of Seoul Metro and extended condolences to the bereaved family.

The victim was stabbed to death in the station's bathroom by the perpetrator who was to be sentenced the next day for stalking her. The suspect told police that he blamed her for the potentially heavy prison sentence he was facing.
Share
Print
List