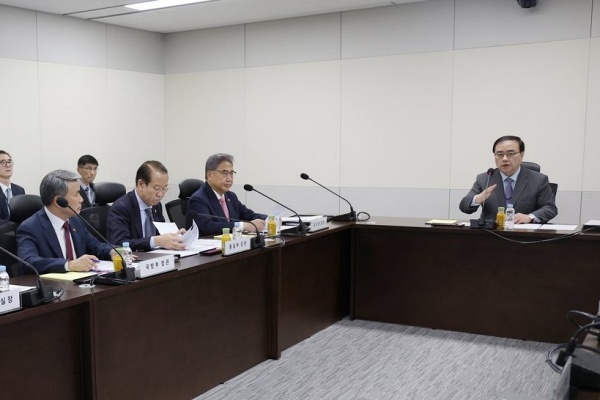 The presidential office said in its press release that the military detected the North's launch of a short-range ballistic missile on Sunday morning and the National Security Office reported it immediately to President Yoon Suk Yeol.

The attendees of the NSC meeting reportedly condemned the ballistic missile launch as a clear violation of United Nations Security Council resolutions and a provocation that heightens tensions on the Korean Peninsula and the region, stressing that the launch cannot be justified for any reason.

The presidential office said that the nation will actively respond to Pyongyang's provocation in cooperation with the United States and other allies, noting that Sunday's provocation was the first ballistic missile fired since North Korea adopted a new nuclear policy earlier this month.

It also decided to reaffirm the country's strong commitment to neutralize any kind of missile provocation by North Korea and enhance its combined defense capabilities with the United States through the joint maritime drills set for this week involving the nuclear-powered USS Ronald Reagan aircraft carrier.
Share
Print
List