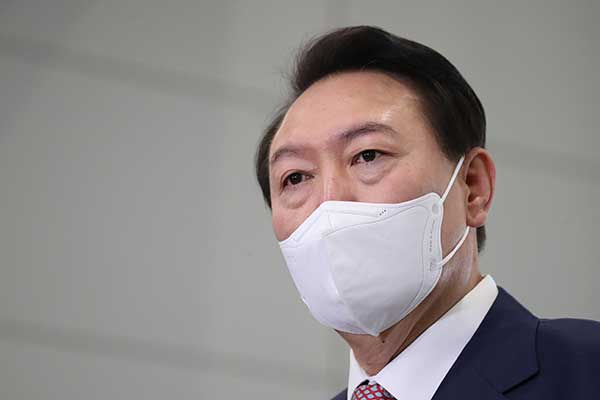 President Yoon Suk Yeol has responded to the controversy over his crude remarks in New York by saying that untrue claims that harm the South Korea-U.S. alliance put the Korean people in jeopardy.

Yoon made the assertion on Monday when asked to comment on the fallout from his statement as he arrived at his office in Yongsan.

Calling for the truth to be uncovered, the president emphasized the necessity of strong alliances between countries, saying that apart from two or three superpowers, no country in the world can defend its people on its own.

Yoon’s statement appeared to reiterate the presidential office’s stance that his remarks about losing face after a legislative loss were directed at the opposition party in South Korea and not at U.S. politicians.

Caught on camera remarking to foreign minister Park Jin and aides that it would be embarrassing for the president if a bill is not passed, Kim explained that Yoon was speaking in reference to his pledge of 100 million dollars to the Global Fund made during a speech at the organization's fundraising event that night.
Share
Print
List