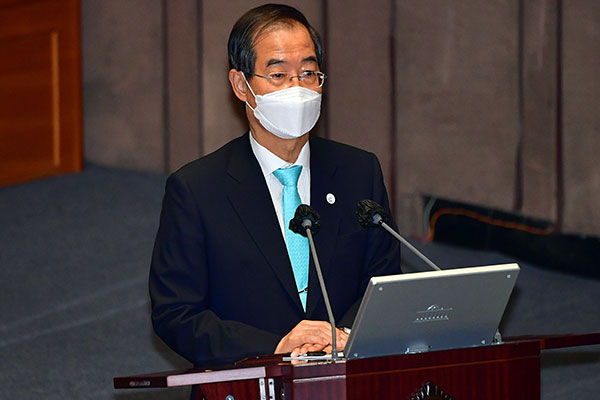 The prime minister set off on a two-day trip to Japan on Tuesday morning from the Seoul Air Base in Seongnam.

Han will attend Abe's state funeral on behalf of the South Korean government, leading an official delegation that will include Chung Jin-suk, the interim leader of the ruling People Power Party, and South Korea's Ambassador to Japan, Yun Duk-min.

During the trip, Han plans to meet with South Korean residents in Japan, as well as Japanese business leaders and dignitaries from other countries, starting with U.S. Vice President Kamala Harris on Tuesday morning on the sidelines of the visit.