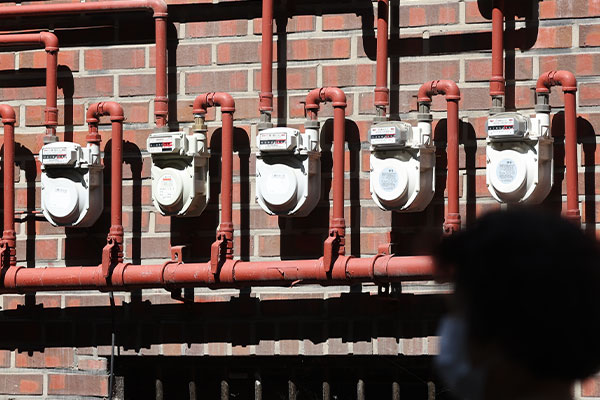 The government is raising gas and electricity prices from next month to cope with soaring energy prices driven by the war in Ukraine and a weakening won.

The Ministry of Industry, Trade and Energy said on Friday that starting in October, residential gas costs will climb by 15-point-nine percent.

This will raise the average monthly gas bill by five-thousand-400 won, or around three-dollars and 80 cents at households in Seoul that use around two-thousand megajoules a month. The bill will increase to about six-thousand won after a ten-percent value-added tax.

Electricity prices will go up seven-point-four won per kilowatt-hour. This will mean a monthly increase of two-thousand-270 won for an average household of four people using 307 kilowatt-hours.

Industrial electricity costs will increase by as much as 16-point-six won per kilowatt-hour.

The gas and electricity hikes are on top of an 18 percent rise over the past year.

The government also announced measures to conserve energy at public facilities. This will include plans to cut down on energy costs by lowering the standard indoor thermostat by one degree in winter to 17 degrees Celsius.
Share
Print
List