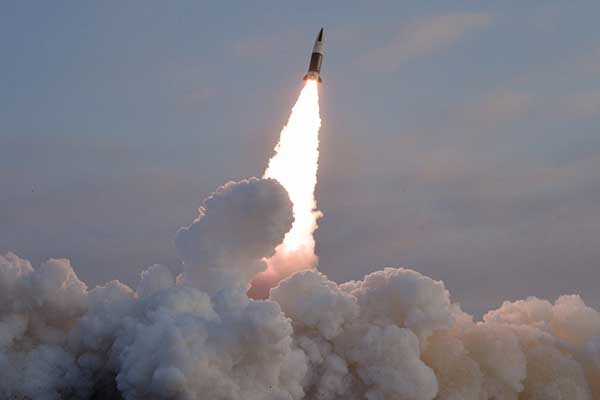 The U.S. military has assessed that the latest ballistic missile launch conducted by North Korea does not pose an immediate threat but does constitute a destabilizing and unlawful act.

The U.S. Indo-Pacific Command said Friday that the incident does not pose an immediate threat to U.S. personnel or territory or to its allies, but the North's move highlights the destabilizing impact of its unlawful weapons of mass destruction and ballistic missile programs.

The command said it is aware of the missile launch and is holding close consultations with allies and partners and reaffirmed Washington's "ironclad" commitment to the defense of South Korea and Japan.

According to Seoul's Joint Chiefs of Staff, the North fired two short-range ballistic missiles Saturday morning Korea time in its fourth provocation in less than a week.
Share
Print
List