Yoon Warns of Overwhelming Response if N. Korea Attempts to Use Nuke Weapons 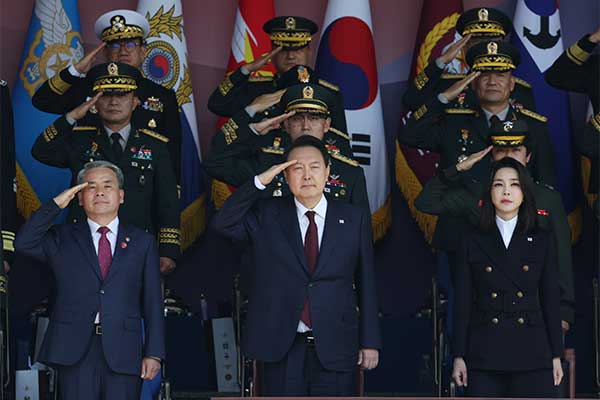 President Yoon Suk Yeol has warned that North Korea will face a "resolute and overwhelming" response from South Korea and the U.S. if it attempts to use nuclear weapons.

Noting Pyongyang's recent nuclear policy legislation, Yoon said the North was threatening the survival and prosperity of South Korea and vowed to protect South Korean lives and property against any threat and provocation by the regime.

The president said advancing nuclear weapons will bring more pain to North Korean people's lives and called on the regime to make the decision to denuclearize to achieve genuine peace and joint prosperity on the Korean Peninsula.

Yoon also pledged to further strengthen the alliance with the U.S. through joint training to better prepare against the North Korean threat.
Share
Print
List