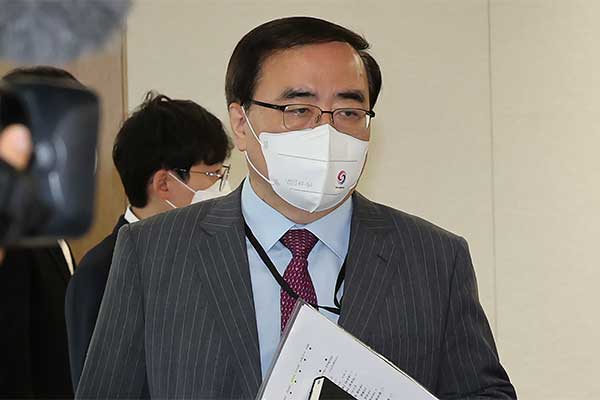 The presidential office convened a National Security Council meeting in the wake of North Korea's missile launch on Saturday and strongly condemned the act.

Committee members denounced the repeated launches as a violation of UN Security Council resolutions and agreed to closely cooperate with the U.S. and other allies and the international community.

The presidential office noted the shorter interval between the launches with four missile tests held in the past week, and also the varied locations. It criticized the regime's sole focus on provocations when the livelihood of its people is in a critical state due to economic difficulties and the pandemic.

The top office vowed to maintain a firm readiness posture to immediately and effectively respond to any provocation by the North, especially as South Korea marks Armed Forces Day on Saturday.
Share
Print
List