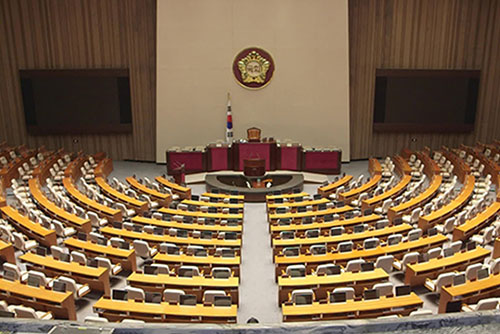 The first parliamentary audit under the Yoon Suk Yeol administration will begin on Tuesday against a heated partisan backdrop likely to spark clashes on various issues.

More than 780 government agencies and institutions are subject to the audit, which will run for a month until November 3, with 12 parliamentary standing committees kicking off their reviews on the first day.

In the audit by the Legislative and Judiciary Committee, the parties are likely to lock horns over the state auditor's attempt to investigate former President Moon Jae-in over his administration's handling of the death of a South Korean fisheries official killed by North Korea in western waters in 2020.

The foreign affairs committee audit will likely see a clash between the rival parties over the recent controversy surrounding President Yoon's overseas trip.