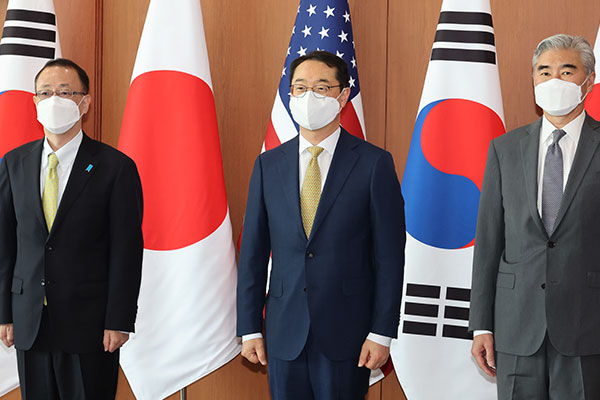 The condemnation came during a phone conversation among the foreign ministry's Special Representative for Korean Peninsula Peace and Security Affairs Kim Gunn and his U.S. and Japanese counterparts, Sung Kim and Takehiro Funakoshi.

They also agreed that the latest IRBM’s trajectory over Japan and into the Pacific Ocean poses a serious threat not only to the Korean Peninsula but to the region and world at large.

According to South Korea's Joint Chiefs of Staff(JCS), it detected an IRBM traveling over Japanese airspace after being fired from the North's Chagang Province at 7:23 a.m.
Share
Print
List