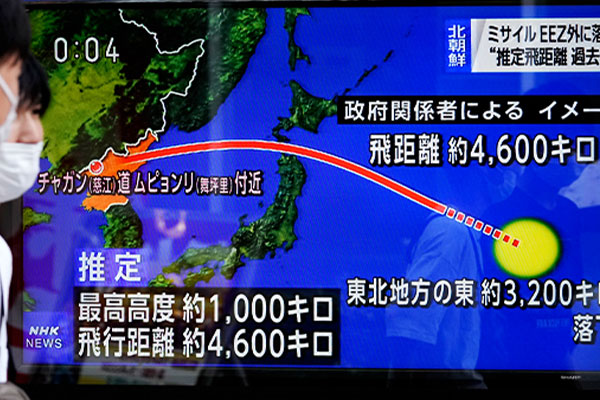 The national security advisors of South Korea, the U.S. and Japan reaffirmed the principle of a stern response to North Korea's latest launch of an intermediate-range ballistic missile(IRBM) on Tuesday.

Lee said the officials agreed the IRBM test is a flagrant violation of UN Security Council resolutions and poses a grave threat to peace and stability not only on the Korean Peninsula but also in Northeast Asia and the international community.