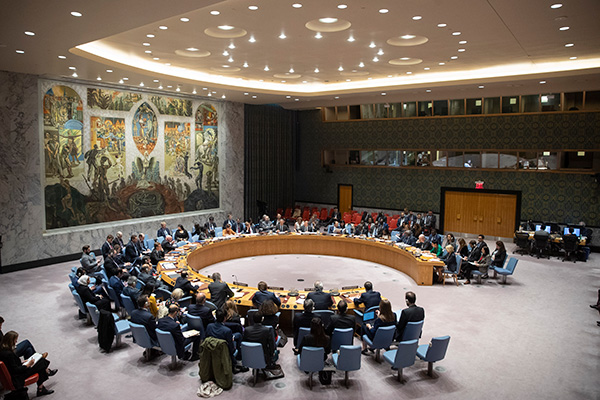 The United Nations Security Council(UNSC) is likely to convene a meeting soon to discuss the latest missile launch by North Korea.

Quoting a U.S. government official, Reuters said on Tuesday that the United States plans to request a public meeting of the UN Security Council on North Korea soon.

The UNSC meeting is likely to convene on Wednesday if there is no objection from the members.

The U.S., however, is reportedly pessimistic about the possibility that the meeting will lead to additional sanctions against the North due to the opposition from China and Russia, which view such measures unfavorably.

According to the South Korean military, North Korea fired an intermediate-range ballistic missile from the area of Mupyong-ri in Chagang Province at 7:23 a.m. Tuesday, which flew over Japan and landed into the Pacific Ocean.
Share
Print
List