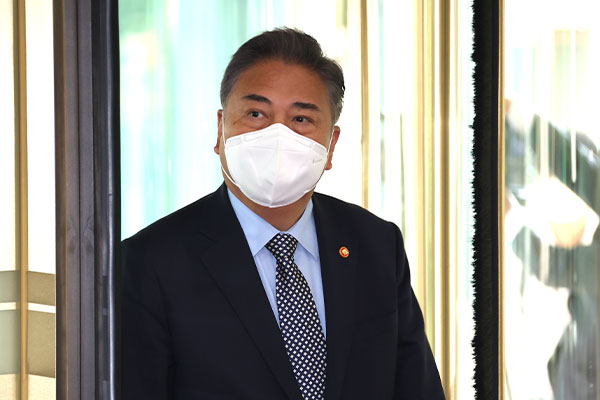 Foreign minister Park Jin has strongly dismissed claims that Seoul’s recent efforts to improve ties with Tokyo were humiliating, saying he believes positive momentum is building between the two countries.

Park made the remark on Tuesday when he appeared before the National Assembly’s Foreign Affairs and Unification Committee for the annual audit of the ministry.

In a speech before the Japanese Diet on Monday, Kishida said he will closely communicate with the South Korean government to further develop Seoul-Tokyo ties and restore them based on friendly and cooperative relations established since the start of diplomatic ties.

Park also dismissed claims that the brief meeting between Kishida and President Yoon Suk Yeol on the sidelines of the UN General Assembly last month was a charitable gesture on Tokyo’s part.

He contended that if such claims were true, Kishida would not have made Monday’s remarks before the Diet, stressing that the meeting transpired with both leaders’ active participation.
Share
Print
List