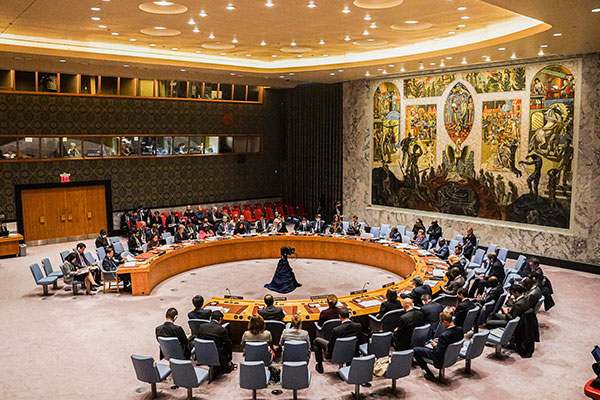 The decision comes after the regime fired an intercontinental ballistic missile on Friday.

According to South Korea's Joint Chiefs of Staff, the North fired an ICBM toward the East Sea from the Sunan area in Pyongyang at 10:15 a.m.

It remains to be seen whether the Security Council meeting can produce any tangible measures.

Western countries will likely push for additional sanctions or a joint statement, but China and Russia, which have veto powers, are expected to object such move.

Back in May, a U.S.-led resolution on imposing more sanctions on North Korea was put to a vote at the UNSC but failed to pass as Beijing and Moscow opposed.
Share
Print
List