US: N. Korea Learns from Every Launch, Can Conduct Nuke Test Any Time 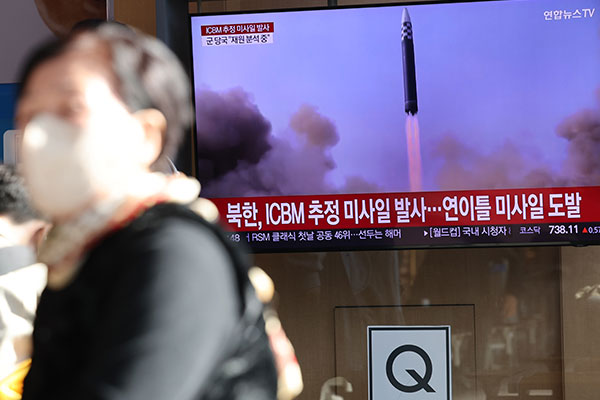 The White House said Friday following North Korea's long-range missile launch that the country learns from every launch, whether it's a success or failure, and that advances its nuclear and missile programs.

National Security Council coordinator for strategic communications John Kirby said in a digital briefing that this is why the U.S. is concerned.

Refraining from giving a detailed assessment on the North's capabilities, Kirby reiterated that the regime can conduct a nuclear test at any time.

He said the U.S. is aware the North's nuclear and ballistic missile programs are progressing and stressed the need to step up intelligence gathering, maintain a readiness posture militarily and increase training and military cooperation with South Korea and Japan.

He said that military capabilities are constantly being adjusted and improved in accordance with developing circumstances.

Kirby added that despite continued provocations, the U.S. is still willing to work toward denuclearization negotiations without any conditions attached, but Pyongyang is not responding.
Share
Print
List