US Vows to Raise Concerns with China, World after UNSC Inaction on N. Korea 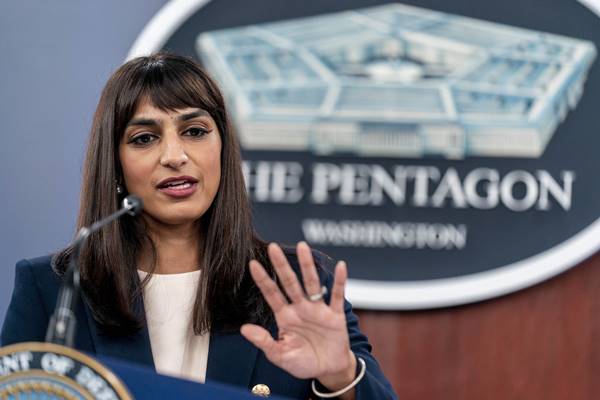 The U.S. Department of Defense said that the United States will continue to raise its concerns with China and other countries around the world about the lack of response from the UN Security Council(UNSC) to North Korea's missile provocation.

In a virtual press briefing on Tuesday, Pentagon spokesperson Sabrina Singh addressed the UNSC’s failure to take action against the North’s latest launch of an intercontinental ballistic missile due to opposition from China and Russia.

She said the U.S. has been very vocal about the destabilizing impacts and actions the North continues to take, and the U.S. will continue to make its concerns clear to China as well as other countries.

She also noted that Defense Secretary Lloyd Austin had expressed concerns about North Korea’s continued provocations in a meeting with his Chinese counterpart Wei Fenghe in Cambodia on Tuesday, asking China to thoroughly implement the UNSC resolutions.
Share
Print
List