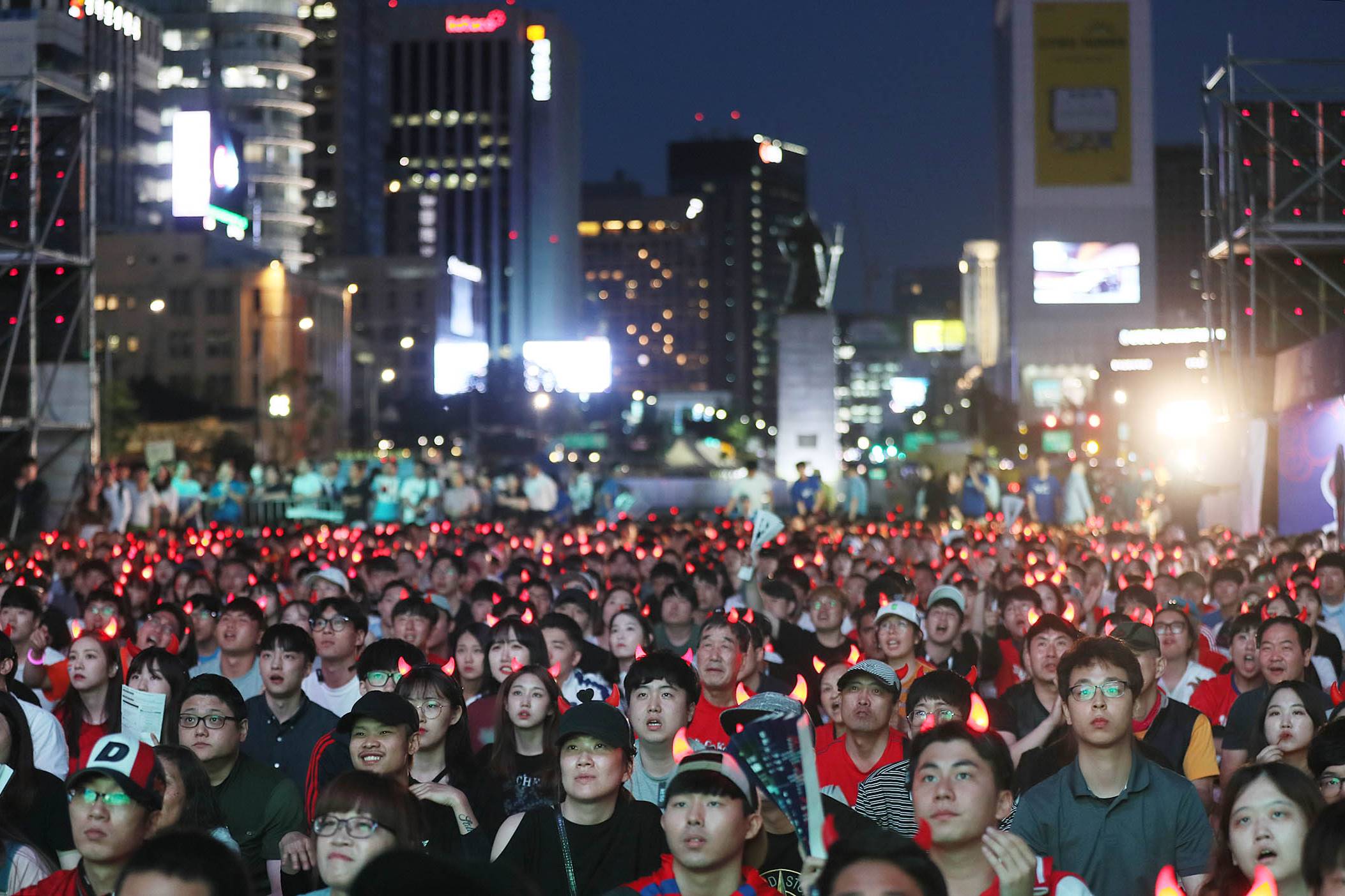 Street cheering events in Gwanghwamun Square have been approved for the matches of the South Korean national football team in the 2022 Qatar World Cup.

The Seoul Metropolitan Government on Tuesday gave the green light for street cheering events in the public square in central Seoul following a request submitted by “Red Devil,” the official fan club of the Korean national football team.

The city government said that it has closely examined the safety management plans presented by the supporters' group and decided to permit street cheering on the condition that the group complies with a set of safety measures.

The measures relate to safety during nighttime events, the management of crowd movement, emergency response measures and compliance with outcomes of the deliberations by the Jongro District Office and a related advisory group.

The Red Devil reportedly promised to deploy 300 safety personnel at the events.

The South Korean national football team will face Uruguay and Ghana on the 24th and 28th of November, respectively, before wrapping up the group stage against Portugal on December 3.
Share
Print
List