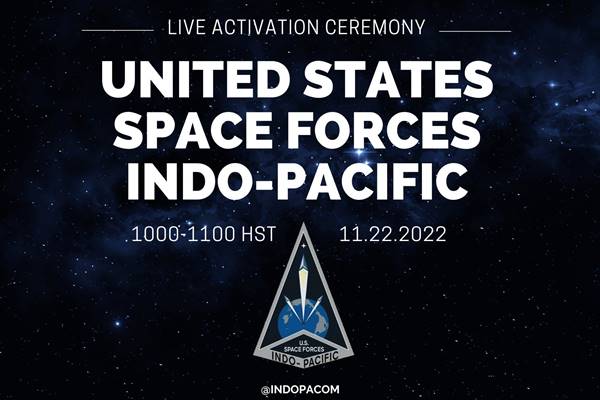 A ceremony was held in Hawaii on Tuesday to mark the activation of a U.S. Space Force(USSF) unit within the U.S. Indo-Pacific Command.

In an unprecedented move, the Indo-Pacific Command, which is responsible for operations around the Korean Peninsula and the Asia-Pacific region at-large, aired the ceremony live in a move interpreted as a warning against potential threats from the likes of China, Russia and North Korea.

The envisioned unit, designated “U.S. Space Forces Indo-Pacific,” is set to be led by Brig. Gen. Anthony Mastalir, a former commander of the space launch wing at Vandenberg Space Force Base in California.

The decision by the USSF to establish its first-ever overseas command component in the Indo-Pacific region was apparently made in consideration of Washington's perception that its biggest rivals on the space front are China and Russia.

U.S. Space Force Chief of Space Operations General Bradley Saltzman said in a speech at the ceremony that the new unit must be ready to support all command posts beyond those related to space.

The head of the U.S. Indo-Pacific Command Admiral John Aquilino, on his part, said it is no coincidence that the unit was established in the Indo-Pacific region first, noting that it houses four of the five major threats to U.S. national security including China, Russia and North Korea.
Share
Print
List