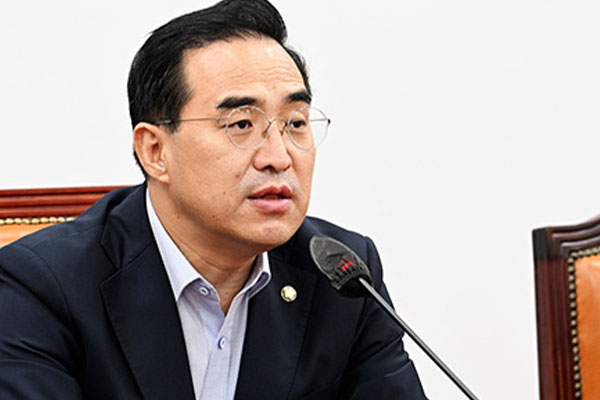 The main opposition Democratic Party(DP) pledged to pass its proposal for a parliamentary investigation into the deadly Itaewon crowd crush at Thursday’s plenary session of the National Assembly.

At a Supreme Council meeting on Wednesday, DP floor leader Park Hong-keun said his party, along with the minor Justice Party and the Basic Income Party, plan to convene an inaugural session of the investigative committee after the speaker confirms panel members.

The DP floor leader said the panel chair and senior members will be elected and the investigation plan finalized at the session.

With the ruling People Power Party(PPP) yet to submit its list of panel members, Park said the public will not tolerate a ruling party that fails to take responsibility and show sincerity toward finding the truth behind the tragedy.

Earlier on Wednesday, the PPP, which had opposed the probe while calling for priority to be given to the ongoing police investigation, decided to take part after handling next year's budget.

The rival parties are expected to butt heads on the inclusion of the presidential office as a subject in the investigation when their deputy floor leaders negotiate the time period and scope of the probe leading up to Thursday's plenary session.
Share
Print
List