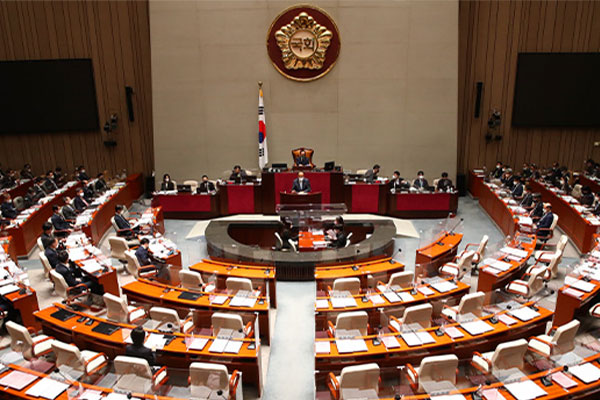 A parliamentary subcommittee has begun deliberations on government-proposed revisions to the inheritance tax and comprehensive real estate holding tax systems, in line with a key campaign pledge by President Yoon Suk Yeol.

Key to the revised inheritance tax is the expansion of eligibility for tax deductions available to firms passed through inheritance by raising the current threshold of annual sales from 400 billion won to one trillion won.

The extent of the deductions will also be expanded relative to the amount of time the beneficiary continues to operate the business.

The government and ruling party believe the changes will help boost the economy and create jobs, while the main opposition Democratic Party(DP) opposes the revision as a "handing down of wealth."

The suggested alternative by the DP keeps the heavy taxation and unifies the tax deductible limit at one-point-one billion won for both single and multiple home owners.
Share
Print
List