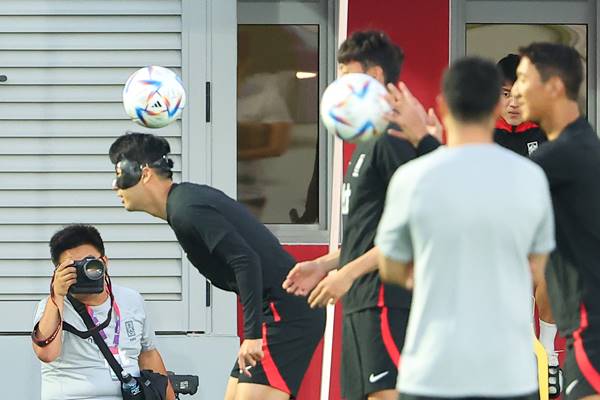 In a press conference at the main media center in Qatar on Wednesday, the Portuguese coach said Son and left fullback Kim Jin-su, both recovering from injuries, are able to play in Thursday’s match. He added, however, that a final decision on whether they will has yet to be made.

His remarks spur cautious optimism that the Tottenham Hotspur forward’s condition was restored enough to play in what would be a crucial match for the Taegeuk Warrior’s bid to advance to the quadrennial event’s round of 16 for the first time since 2010.

The 30-year-old captain suffered a fracture near his left eye socket during Tottenham’s Champions Leagues’ campaign earlier this month.

After undergoing surgery, the Premier League star player has been recovering while joining his teammates in pre-match training in Qatar wearing a protective facial mask.

He does not appear to be uncomfortable with the mask, Bento said.