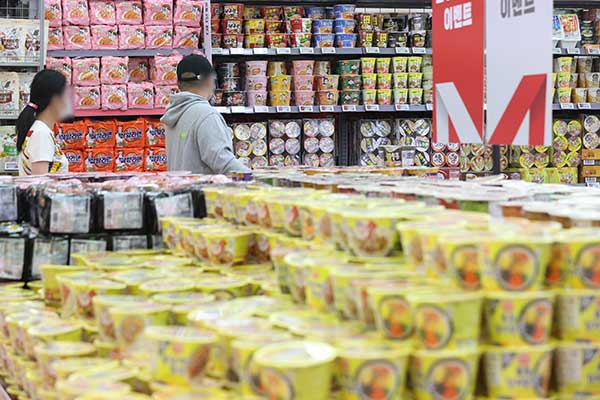 Producer prices rose for the second straight month in October due to increases in electricity and gas prices.

The Bank of Korea on Thursday reported that the producer price index for all commodities and services stood at 120-point-61 last month, up zero-point-five percent from a month earlier.

The index, a key barometer of future inflation, rose for the second consecutive month after dropping for the first time in 22 months in August.

Compared to a year earlier, however, the index marked its 23rd consecutive month of growth, increasing seven-point-three percent.

The rise in the October index is attributed to price hikes in utilities including electricity, gas and water, which jumped eight-point-one percent on-month.

The cost of agricultural and fishery products, however, dropped by seven-point-three percent on-month in October.
Share
Print
List